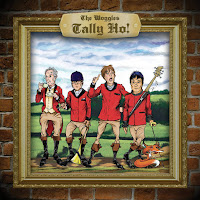 It's hard for me to believe that the Woggles have been around for 30 years. And, somehow, they have managed to keep their edge as sharp as a knife for that entire time. Their latest LP shows that they're as hot now as they have ever been, unleashing 13 blazing tracks that leave no doubt about their staying power.

So what's their secret sauce? It's a simple formula, made up of basic three-chord rock tunes that pummel away with sheer classic garage punk fury. The sound is certainly not ground-breaking by any stretch, but they add their own cheeky flair - a wink and a nod that tells us they're in on the joke and that they're here to have fun. Nothing more, nothing less.

Just listen to the likes of the title track, Pitch A Fit or Jungle Queen to see what I mean. The band revels with glee in being large and loud and just a little on the naughty side. The focus is on getting you up and moving, and the band is a master at that exercise.

As with most of their studio recorded output through the years, the tracks here don't quite give you the full experience of a Woggles live show. There's a taste, but it's not the full dose. My recommendation is to buy this record, familiarize yourself with the songs, and catch them live as soon as possible. You will not be disappointed!


Posted by mishmashmusic at 10:49 AM No comments: 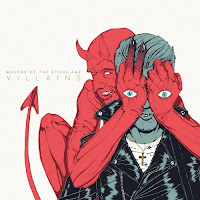 QOTSA is back with a new studio album after a four year hiatus, and fans have breathlessly awaited to see how they will follow up 2013's ...Like Clockwork. For the new album, the boys have collaborated with hot pop producer Mark Ronson, who has worked with the likes of Bruno Mars and Amy Winehouse.

The result is a decidedly pop-oriented venture, at least as poppy as anything the band has attempted so far. Wisely, they have opted to maintain their quirky hard rock as the music's foundation instead of the other way around. The pop is piled onto the gothic and evil weirdness that made the band famous to begin with, and it shows that Josh Homme and his band are still willing to take a few chances in their decades long career. Will it alienate longtime fans? Probably not, honestly, as their fans are used to QOTSA doing its own thing. It's sort of the nature of the beast, no pun intended.

Standout tracks include the T.Rex-with-synthesizers send up Un-Reborn Again and the psychedelic space rock drone of The Evil Has Landed. Speaking of T.Rex, Homme is much like a modern day Marc Bolan with a fuzz pedal and a monster movie obsession. It will be interesting to see where they take it from here, and I can only imagine how crazy these songs will be in a live setting.

Posted by mishmashmusic at 10:00 AM No comments: 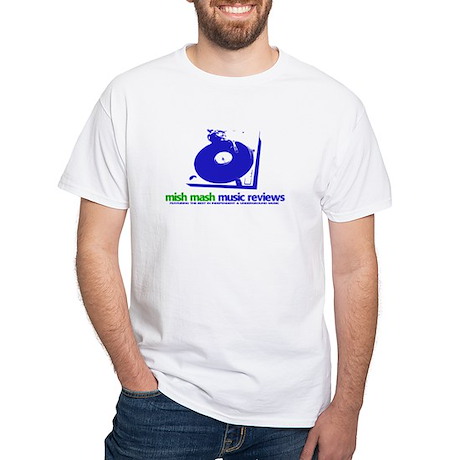