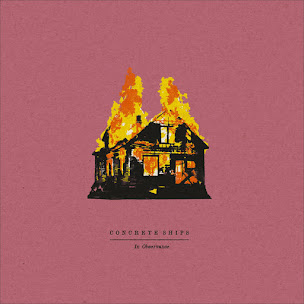 This is one of those albums that magically appears out of nowhere and blows you away without warning. Hailing from the UK, the boys in Concrete Ships take every punk and hardcore influence and send them right into the blender, creating a hearty mix of wonderful noise.

The record starts off with an explosion, namely the Jesus Lizard-inspired insanity of Flotilla. It's a swift kick in the face that just rips with intensity. In the following aftermath, the band opts for a slow burn that meanders menacingly through the rest of the 5 tracks, a kind of smoldering, droning haze that never lets up. By the time we get to the last cut, We Never Were, you are simply left beautifully dazed and confused by everything that has happened up until then.

MISH MASH MANDATE: Are You Experienced?

Posted by mishmashmusic at 4:08 PM No comments: 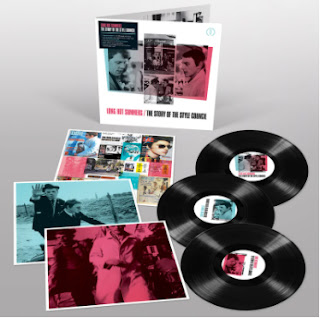 It has only taken the better part of over three decades, but it seems that Paul Weller's mid-80s exercise in unapologetic pop, The Style Council, is finally getting its due. After disbanding The Jam in 1982, Weller decided to take his music into an entirely different direction with his new group he formed with Mick Talbot. The result was a pop band that eschewed the rock and punk aesthetic that The Jam was famous for, and it more than confused a lot of fans that had worshiped at the foot of Weller in the past.

Seeing as how the The Jam fans were polarized, most of the group's newfound audience was rooted in 80s New Wave and New Romantic pop instead of punk. However, the group never really got a true foothold, and it eventually fizzled out at the end of the 80s. Weller went on to a very successful (and long-lasting) solo career, and the brief stint with TSC was all but forgotten for the most part.

Over the years, TSC has gained a better reputation, as much of the output has stood the test of time. It's a testament to the talent of Weller and his penchant for strong songwriting and consistently sticking to his guns - something he has done over and over again.

This collection gathers up the best of TSC and gives us a rather comprehensive look at their work in the 80s, spread over 3 LPs in a beautifully packaged collection. There are only a couple of previously unreleased/rare tracks, so it may be a little redundant for serious fans (although we know they are probably going to buy it either way). But, you won't find a better way to capture the band in all their glory if you're looking for a convenient and concise package like this.

MISH MASH Mandate: Here's One That Got Away

Posted by mishmashmusic at 1:50 PM No comments: 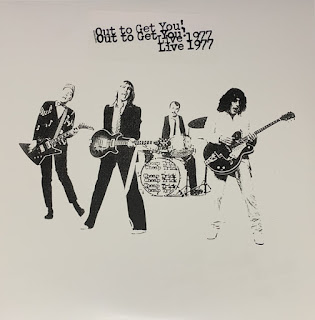 Cheap Trick
Out to Get You! Live 1977
Epic Records

This is what RSD should always be about; great records that otherwise wouldn't see the light of day. In this case, a live record that should grace every turntable owned by fans of Cheap Trick. Forget the polished overdubbed excess of Budokan or the multitude of unofficial bootlegs floating around since the late 70s. THIS is the one you want. Captured over a few shows at the Whisky A Go Go in June of 1977, this double LP shows off the true down-and-dirty rock that made Cheap Trick famous in a live setting.

The sound quality is great, and the show digs deep into the cornerstone early tunes that are rarely heard nowadays - such as the blistering "Daddy Should Have Stayed In High School" and "Taxman, Mr. Thief". It's not polished, it's not overly produced - it's raw power the way that Cheap Trick needs to be heard; in a small, sweaty club with the sound bouncing off the walls.

Unfortunately, it's a limited edition, but should be easy enough to grab at a reasonable price if you're on the ball. If you're a fan of CT, this is a must have for your collection.

Posted by mishmashmusic at 1:13 PM No comments: 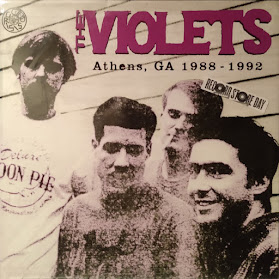 When the list for the third RSD 2020 drop was released, I was pleasantly surprised to see that the Violets would be putting out a new compilation on vinyl. I was in Athens from 1991-1993, and The Violets were a main staple in the music scene. Their single, "I Hate The Grateful Dead", was a hot item in the local shops and on the UGA radio station. After that brief moment in time, they dropped of the radar, and that was that.

Fast forward about 30 years, and we're looking at the opening of a veritable time capsule; a collection of tunes from a semi-obscure Athens band, pressed on vinyl in the year 2020. Imagine being told that piece of information three decades ago, when vinyl was all but dead (even then), and absolutely no one was paying attention to anything going on in Athens (thanks, Seattle).

With that in mind, this is an amazing slice of Athenian music history. The Violets were a classic college band - part jingle-jangle and part punk, they eschewed any real pigeonholing or convenient classification. They were a group of college kids who bashed out a few great rocking tunes, and their garage-rock sound almost sounds quaint and innocent in the current music climate.

Who's this really for? Is it simply a nostalgia trip for those in the know, or is there anything to glean for those not privy to the sounds of Athens circa 1990? Let's consider the "hit" track here, which is of course, "I Hate The Grateful Dead." The track actually holds up well, and it's just as humorous as it was when it was released. Who can deny the silly-but-clever lyrics in the refrain, "I'll be grateful when they're dead"? Add to that the cover art for the original single where Jerry Garcia's head is superimposed over the face of Lee Harvey Oswald being shot by Jack Ruby, and you've got a song that should live forever in infamy.

I've always thought that the Athens scene of the early 90s was sadly underrated and ignored, and this record is a testament to that opinion. Bands like Five Eight, The Woggles, Bliss, Roosevelt, Vigilantes of Love, and others never really got their due. It's nice to see one of those bands from that era getting attention, albeit 30 years too late.

Posted by mishmashmusic at 11:56 AM No comments: 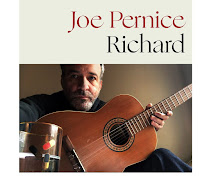 Back in the old days (circa 2000), Joe Pernice seemed like he would release an album every few weeks. And then, he kind of disappeared, only to resurface almost a decade later last year to release a new album with The Pernice Brothers ("Spread The Feeling").

And then, suddenly, he decided to become prolific again. During the pandemic, he regularly posted video covers of Barry Manilow songs. Now, he has released a new album of solo tunes, also recorded under the shadow of COVID-19.

The album is a quiet and reflective take on his ususal "oh-so-happy-to-be-miserable" style of songwriting. Instead of the almost cheerful take on his misery, this one leans more into a melancholy feel. It's reminiscent of Simon & Garfunkel's "Wednesday Morning, 3AM" - a quiet interlude that creeps into the recesses of your mind. I never really thought about comparing Pernice to Art Garfunkel before now, but his voice gives me that same vibe throughout this record.

It's a noble effort, and I think it is one of his strongest solo pieces. I can only hope that he continues this creative streak - it would be nice to see him putting out new material on a regular basis again. I wouldn't mind a volume of Barry Manilow tunes. Here's hoping!

Posted by mishmashmusic at 10:47 AM No comments: 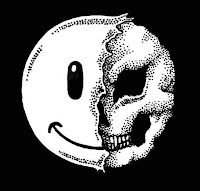 It's always fun to run across some good old school hardcore punk that's energetic and full of pure middle finger attitude. Plasma wails away through five ear-piercing songs, presented in a continuous stream that is relentless in its delivery. The songs are quick - nothing over two minutes - and they leave you wanting more of that sweet skull-crushing volume. Nothing really new to see here, but it's killer from beginning to end. This is the way it's supposed to be done. 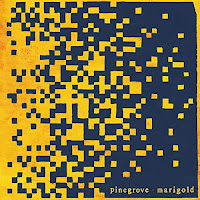 Pinegrove is one of those bands that I find hard to wrap my head around. They seem to be able to fuse together the best elements of Americana/alt country with the best elements of indie pop, but not always on a consistent basis. At times they remind me of R.E.M., especially in the twangy way they come across in certain songs. At other times, they seem as far removed from that comparison as possible. And, for this reason, it troubles me to some degree - I'm not sure why. It's an uncomfortable feeling that tends to rear its head during certain passages.

With that being said, it seems to work more often than not. I like their music, and this particular album appears to be more consistent than their previous efforts, at least on the surface. I love the pop dreariness of Dotted Line and the anxiousness of Moment. On the other hand, I quickly grow weary of the meandering drone of the title track and the whiny singsong of The Alarmist. I really think what they're doing has amazing potential, even though I've not totally bought into them wholeheartedly. I'm going to keep watching and listening, because these guys are likely to pull of a classic sooner or later.
MISH MASH Mandate: Pining Away
Posted by mishmashmusic at 3:56 PM No comments: